skip to main | skip to sidebar

Please join us and help us send more kids to school this year!

THE FIRST AND ONLY U.S. SCREENING
OF OUR VERY OWN ILONGGO FILM
Saturday, February 7, 2009
at 6:00 p.m.
at the historic Rialto Theater
1023 Fair Oaks Avenue, South Pasadena, CA

in Ilonggo with English subtitles

Please note that seating is LIMITED.
For advanced tickets, please contact Janice at 818.636.3939
or email at babesofbacolod@aol.com.

Posted by Babes of Bacolod at 4:23 PM 0 comments 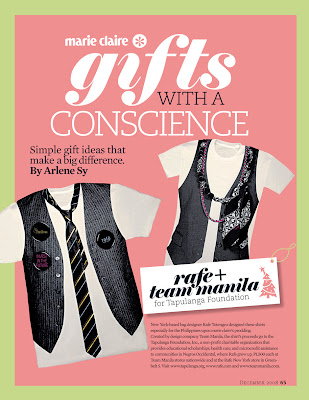 With the assistance of Marie Claire Philippines Magazine, New York based designer Rafe Totengco and graphic design company Team Manila have created a t-shirt to benefit the Tapulanga Foundation.
Available in the Philippines for P1,500 each at Team Manila stores nationwide and at the Rafe store in Greenbelt 5.
Available in the US for $35 each directly from your favorite Babe or the Tapulanga Foundation. If interested, please contact info@tapulanga.org. You may also order from the Tapulanga website directly at http://www.tapulanga.org/. 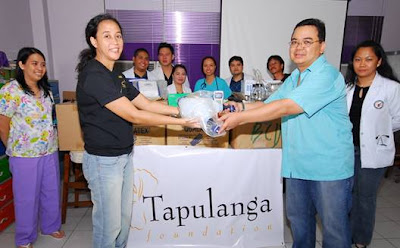 The Babes of Bacolod, a Los Angeles-based fundraising group, yesterday donated more than P170,000 worth of medical supplies and equipment to the Department of Internal Medicine of the Corazon Locsin Montelibano Memorial Regional Hospital in Bacolod City.

The donation was turned over for the group by MicMic Abello-Golez, Tapulanga Foundation executive director.

The "Babes" have been hosting annual fundraisers in Los Angeles since 2004 with the Tapulanga Foundation as their main beneficiary, Abello said.

They added the hospital as a benefactor last year with their donation of 50 mattresses and two suction machines. This year, they were able to donate much more - six suction machines, nine nebulizers, over 200 ET and tracheostomy tubes, sterile gloves, valve masks, a diagnostic set and a laryngoscope blade - due to the overwhelming success of their fundraiser.

The Tapulanga Foundation is a non-profit charitable organization whose mission is to uplift the lives of those who were born with less through educational scholarships, healthcare assistance and micro-credit loans.

Tapulanga’s main thrust is to provide tuition, including books and lunch, to the students of the St. Francis of Assisi School in Silay City, Abello said.

The Babes of Bacolod is composed of women all originally from Bacolod City.

Those interested in more information may check out www.tapulanga.org or www.babesofbacolod.blogspot.com, Abello said.*

$19,937.00. Yup...that's the final donations total we received this year. Of that amount, almost $3000 went to cover for event expenses such as food, invitations, cleaning and parking services, etc. About $4000 will be used to purchase medical equipment such as suction machines, nebulizers, sterile gloves, ET tubes, valve masks and more for the C.L. Montelibano Memorial Hospital in Bacolod City. The remaining balance will be sent to the St. Francis of Assisi School which would allow them to sponsor more scholars. And, as I'm writing this, we are busy cooking up new things to raise awareness for the foundation so that we can continue with our efforts to change the lives of the very poor. So watch out for our upcoming projects!

This year has indeed been another wonderful year for us. Even with the struggling economy and the numerous causes we have to compete against, you have shown your continuous generosity and support to our cause. It means so much to each and everyone of us.

For those who did not have a chance to donate, it's never too late! Please log on to www.tapulanga.org and click on the donate button for the various ways of making a donation. Please make that tax-deductible donation before the year is over.

Due to insistent popular demand (haha!), we would like to share the video that we presented during our fundraiser. We present this home video with much pride and a bit of hesitation. Hey it's not easy to watch yourself on film!

Posted by Babes of Bacolod at 8:05 PM 0 comments 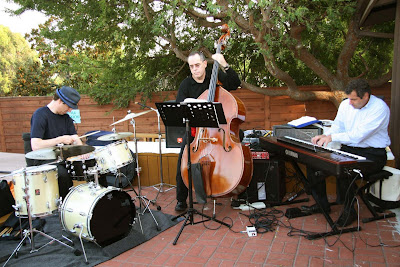 Posted by Babes of Bacolod at 9:07 PM 0 comments

The Babes of Bacolod is an informal group of friends committed to alleviating the lives of impoverished children through health and education in . They are all originally from , the capital of . Now living in , they have been holding fundraisers since 2004. It is not an exclusive group and those who are willing to devote time and effort in their yearly events are more than welcome to join.